Notable men who have been members of Solomon’s Lodge include:

W∴ Francis Fowler, physician and the first Master of Solomon’s Lodge. Bro. Fowler was appointed a Surgeon in the Westchester County Militia, and was the Postmaster of White Plains in 1813. Along with other prominent Westchester residents, in August 1813 he petitioned the state legislature to put a bridge on the original Macomb Dam. The lodge moved to Tarrytown in 1821.

W∴ Leslie Verne Case (1874-1937), Past Master of Solomon’s Lodge.  Bro. Case was a teacher and the first Superintendent of Tarrytown Schools.  He was also an amateur scientist with significant accomplishments in numerous fields including geology, archaeology, and ornithology.  He was the first geologist to discover radium-bearing ore in New York State.  He took the first X-ray photograph in Tarrytown and one of the first color photographs of a lightning strike.  He installed the first wireless receiver in Tarrytown.  He was also a Water Commissioner and a member of the Tarrytown Fire Department. 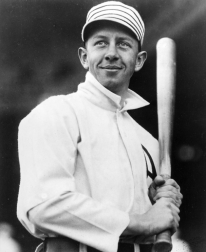 Eddie Collins Sr. (1887-1951), Baseball Hall of Famer (1939) and member of the 3000 Hits Club.  Bro. Collins played second base for the Philadelphia Athletics and Chicago White Sox, and according to one opinion, is the best second baseman of all time.  He played on six World Series champion teams, and on the infamous “Black Sox” team of 1919 (but was not in the conspiracy to throw the series to the Cincinnati Reds).  Lifetime batting average .333, one of the five players to steal six bases in a game and the only one to do so twice (1912).  He still holds the major league lifetime record for sacrifice bunts (512).  Bro. Collins was General Manager of the Boston Red Sox from 1932 until he retired at age 60 in 1947. 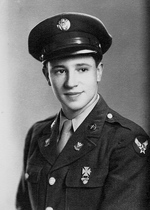 Herman Haefele (1922-2015), airman and engineer.  Bro. Haefele was drafted into the Army in 1943 and served as a bombardier with the 14th Air Force, Flying Tigers Group, which flew missions between India and China over “the Hump.”  He was awarded four Air Medals and two Distinguished Flying Crosses for combat missions. After the war he earned a Masters Degree from Brooklyn Polytechnic Institute.  At Grummond Corporation he on the team that worked on the Apollo 11 mission.

Inquiries should be directed to solomons196ny@gmail.com.